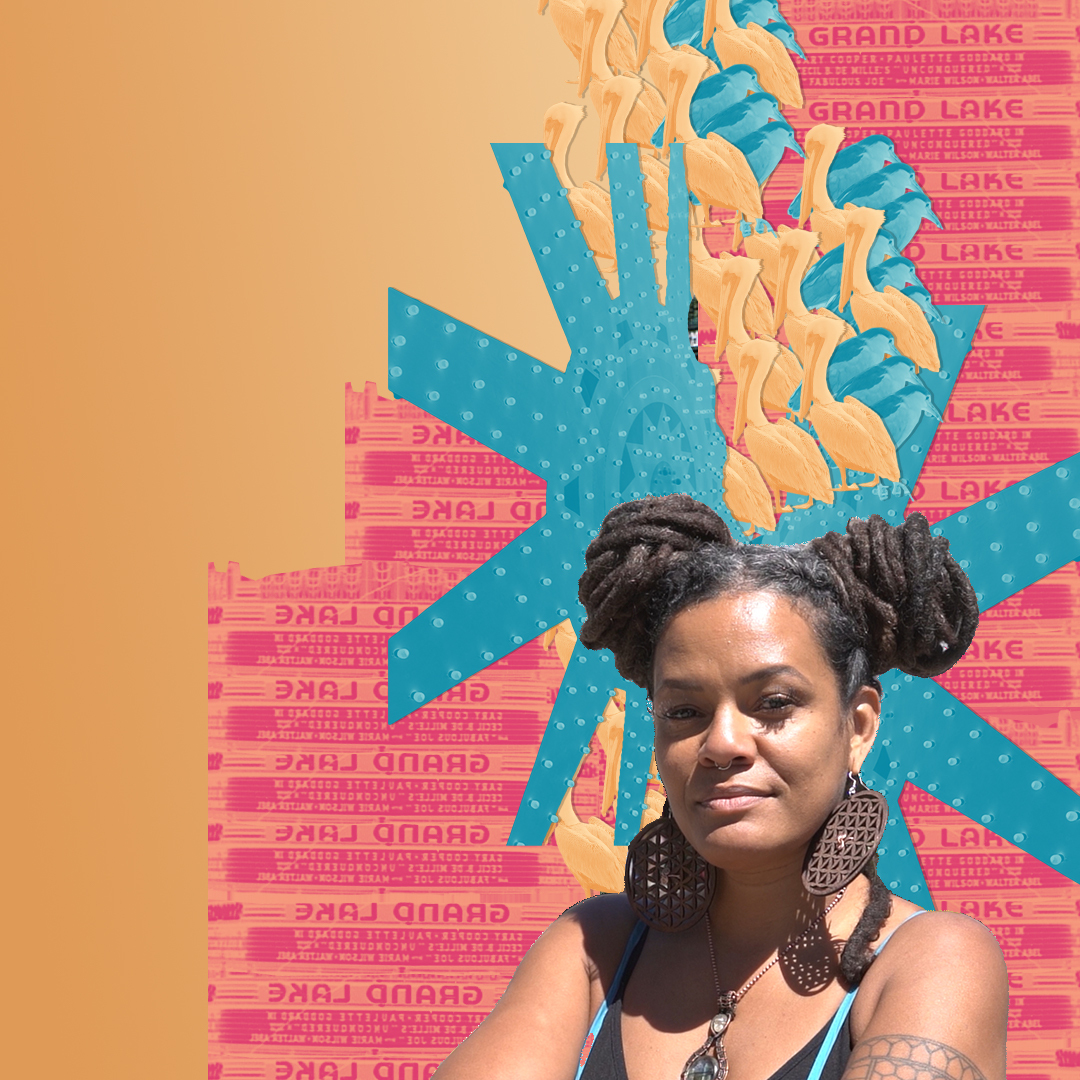 The Surround Sound series features DJs telling the story of a specific neighborhood in Oakland through an interview and a DJ set with an immersive visual component created by the YR Media participants.

Episode 3 features DJ Lady Ryan talking about the origins of her early DJ life and the importance of the grand lake area.

My name is Lady Ryan and I based my mix off of Grand Avenue, Oakland, California.

So I chose Grand Avenue up there by the movie theater because this was probably the beginning of my career as a DJ in Oakland. It’s a time period where Telegraph Avenue and all of downtown that’s blown up hadn’t hadn’t arrived yet in the city. And it’s just a near and dear place in my heart of carrying my records and the people that were there. And the neighborhood is a historical place.

So the time period that I chose is around 2007, 2008. And at that time I was playing at the Lucky Lounge and there were a lot of black folks there. And I’m from Virginia. I’ve been here for over 20 years. But it’s so different out here from the East Coast. And I really… there’s pockets of black folks. And I really, really was so like I was with my people when I was at Lucky Lounge. The other the flipside to that is the owner at the time and a lot of owners of clubs in Oakland in the bay didn’t allow DJs to play hip hop. So it was kind of it was kind of tricky. Right. So I was able to play all my soul music like soul music is my foundation because my parents and so, like being able to play soul music in the club was major to me. And, you know, being able to, like, you know, connect, connect with my folks with it was dope. But, you know, of course people want rap, people want hip hop. And I wasn’t able to do that. So I had to kind of get creative and do instrumentals and, you know, breaks and kind of like freak it so that folks could feel like they were getting what they were missing. But yeah. So, yeah, 2006 and and I was playing a lot of old school back then too, its like whatever was on the radio, you know, I had records, I wasn’t playing a whole lot of new stuff and and that was OK. So it was a good time.

Hmm. Oh, my gosh, I’m so naive, I don’t know if I should share this story, but ima say it real quick anyway, just for y’all, I mean, it was like it was pretty chill there, you know what I mean? It was Lucky Loung was like, you know, the underground black gay man spot too and for myself. I’m gay, I’m queer. And I really didn’t feel like I could have come out in Virginia. So coming to California was like great on so many levels. Right. It’s like there’s great weed. I can be gay. So much of that. So, you know, just also like seeing other black folks my age that were out, you know, is like a really big deal back then for me. So there’s that that was that was something that was dope. OK, so the other the other story I was going to say, I don’t know if I should say this. So there was one night I was deejaying and it was like everybody was gone. Right. There was like this group of people that were like in and out of the bathroom. And I was young at this time. I was probably like twenty six, twenty eight, which is not that young, but it took me a while. Right. I never really went to the club before I was before I DJed. So I wasn’t used to a lot of things. And so these people, they were like just acting up and it was only me in the bar. The other bartender was a woman and I don’t know where… I think there was no security there or something because I felt so uncomfortable. So there was this one dude that was a regular. And I had asked him if he could just like, stick around because I was like, I think these people are like selling drugs or something like I don’t know what’s going on. I don’t feel comfortable with them. And everything was fine that night. But the next the next time I went to work the next week, he was like, Ryan, I just want to be transparent with you. Like I’m the one that’s selling drugs. I think you’re the very dude that I was, like, asking for safety, which is I mean, me and him are still cool to this day because, like, he was always there, you know, I’ve known him for probably fifteen years now you know what I’m sayin’, but it just is like I was so, you know, young and naive at the time and it just cracks me up. But around the corner was Easy Lounge, you know, and so there just wasn’t a whole lot of options for nightlife in Oakland back then. You know, there was like Sweets and, you know, New Parish was I forget New Parish was something else. And so it’s just it’s just like a different a different time period. But, yeah.

So since that time, a lot has changed because there’s much more options of places to go for folks. And the ownership has changed of that spot that I used to be. There’s like a Kava shop over there. Oh, it’s different now. It’s different. I definitely think that gentrification has added an element to that. There’s so many options of places to go now. It’s not the poppin’ street anymore that it used to be. But at the same time, there’s like a black owned clothing shop down there. You know, it’s it’s a little bit of both, but it’s definitely got like a dichotomy of this different energy that gentrification has brought in the old parts that look like they’re never going to change. And I think some of that for the better. I mean, you’re not going to hear soul music on Grand Avenue anymore, like, I doubt it. You know, maybe that jukebox, you know, it’s already changed so much. The diversity and the demographic of that street is not the same. And that probably changed before covid.

But I can say for the city, it’s interesting to see, you know, how many folks have moved away, how many folks have moved in, you know, all these new spots that have popped up, you know, like who has who has the capital to to do this, to, you know, to to open up a new space, people that have not been able to make it through and leave. So I think we’re still seeing the effects of that and still seeing how this is is still unfolding. You know what our what our what our city is going to look like after this is still yet to be determined. Hoping for the best.

So I have to shout out Pam the Funkstress first and foremost, rest in peace. My sister, she was an amazing pioneer for women, for black women, for she was an amazing mentor to me. Yo, when I first met Pam. Oh, yeah. She walked up to me with her arms folded across her chest and said, “So what you got, youngster?” And I’m telling you, I could not mix for like six months. I was so nervous, like I would I could not get that out of my head. Like, you know, she was so tough, you know, and it was good, you know, because folks come into this and don’t have respect for it all the time, you know what I’m saying? And she was going to make sure that we did. And I really appreciated that, even though she scared the shit out of me. And it wasn’t till a while later that I was playing soul and funk and she was there, but I didn’t know she was there. So I was doing fine. And, you know, she came up to me and gave me my props. And like after that, we was tight. We was cool, you know. But if I had known she was there, I don’t know if she ever would have heard me play a good set because I would just get so nervous around her, so grateful for her influence in for myself and Oakland, period. And so, you know, in regards to that and the mix that I’m going to do, yeah, I chose soul music because it’s my foundation. Oh, one story. That’s the story I wanted to tell y’all.

So the first time I ever played out ever, my mentor, D.J. Black, put me on at 12:00 midnight and I was playing vinyl all records. And the club is packed, right. So scary. And I played Tower of Power, “What is Hip”. And I really thought that this was the jam. Like I thought this was the motherfucking CUT. I mean, the floor cleared. It was just like it was the worst reaction y’all and oh I don’t remember Black was like, why, why did you do that right now? And I totally thought it was a great idea. Like I’m like I thought it was the muthafuckin jam! So, you know, I had it like that’s like my first experience in a in a club setting having to recover, you know. You know, Michael Jackson Dancehall like those are the go to like if you’re messing up your life, at least it was back in the day. So, yes, I’m going to start my set with “What is Hip” because it’s the jam and Tower of Power is from Oakland. 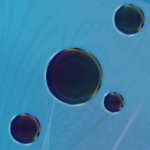 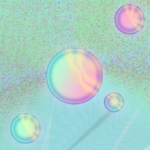 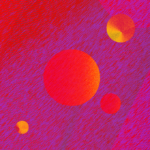 New Music from No L’s, Baghead, and Zeelooperz