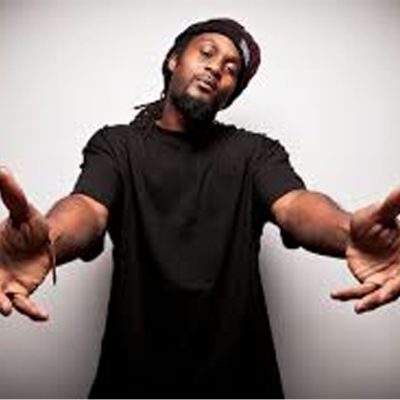 "It's 1992, and the Real Untouchables is back ... I'm about to introduce you to my motherfuckin' posse." That's Master P on a rare Mama's Bad Boy-era 12-inch single. He's introducing the earliest version of his TRU gang, which includes Richmond rapper Chilee Powdah, P's brother C-Murder, and, scratching in the background, a young DJ Ammbush. Not a bad intro. But Ammbush, born Torrance Scott, didn't consider himself a true producer until years later. Getting ahead of himself was never his style. Ammbush has built his career one piece at a time: from DJ, engineer, producer, and member of the longstanding East Bay DJ collective the Oakland Faders, to father of three and 20-year veteran of Bay Area music. But, jawing away at his Oakland studio one day this summer, you'd think he's just getting started. The LP Ammbaataa, released this spring, was technically Ammbush's rap debut — and was inspired by his collaborations with younger artists. But rather than sounding like the grizzled old guard, the record pops with confidence and good humor. Like MF Doom, he can mince, marinate, and seemingly chew on words. Like Pusha T, he can hit with a sneer or a venomous cadence. Like Mac Dre, his levity is actually funny, though often a veneer. Ammbaataa is a sample platter, showing off a little bit of everything he can do. It doesn't reveal Ammbush's skill at sculpting a narrative, and you can tell he's hungry to put down a second, more conceptual LP. There are some serious moments that he wants to explore. One is his own version of "Mama's Bad Boy" — the head-shaking story of a best friend's demise, which echoes Master P's song of the same name but from a different vantage point. "It can get real gloomy, but then right behind that be hella funny again," Scott says. "I knew this wasn't going to be an album of street rap, 'cause that's not where I'm at, but you have to get serious sometimes to balance the humor." The themes are light, but Ammbaataa is lavish in its sound. "C&C" is an ominous, syrupy flip of a decades-old Black Sheep record, over which Ammbush traverses the years and warps lines like "Ammbaataa 'bout it, like Percy Miller," or "I'm elite, my pen grew feet / I ran with the ultra-magnetic Kool Keith," and what sounds like "Livin' La Vida Loca / lookin' for Vida Guerra." Ammbush has a knack for confounding critics; writers at Pitchfork and SPIN have dubbed him an "unknown" in "unmarked territory," both praising his sound for the lineage it follows and dismissing it as "Internet rap." And it's true: Ammbush has stayed mostly under the radar and out of sight. In addition to his studio work and DJ career, he has been a stay-at-home dad for 12 years. But he's also well connected, and ready to support young talent. Four years ago came a turning point, when Ammbush, Fillmore mainstay DaVinci, and producer Al Jieh came together under the banner SWTBRDS. Then, in an intensive, highly collaborative process, they recorded DaVinci's debut The Day the Turf Stood Still. It won praise for its narrative style, East Coast influences, and break from the drum machines and synthesizers that had exemplified Bay Area hip-hop. Ammbush's signature was all over it, but he hung coolly in the background. Later that year, he was introduced to Oakland rap duo Main Attrakionz through another legendary DJ and late champion of Bay Area music. "Matthew Africa was like, 'Dude, I've got this new group, they're young but' — I remember his words — 'you're an old school cat that can appreciate this new shit.' And I was like, if you say it, I'm in. So he got me in touch with [Main Attrakionz], and they came and recorded 808s and Dark Grapes right here. Them dudes were, like, in a whole other world. All vibes. And we were diggin' it." For the new Ammbush, the one we hear on Ammbaataa, rapping with the young'ns comes naturally. And though his previous work abounds, it's not getting in the way of his having a fresh start. If you want to find the old Ammbush, he's scattered across YouTube and buried deep in the bins at Amoeba, mashing up Wu-Tang flows with G-Funk on Chilee Powdah's "Rukus" (1996), teaming up with East Coast graffiti rappers Artifacts (1998), or even in the studio for Raphael Saadiq's debut Instant Vintage (2002). But this can all feel like paleontology next to where he's at today. So when you ask him how he's feeling about his rap debut, you'll have to understand why he laughs. At the end of the day, Ammbush doesn't mind being seen as a newcomer.