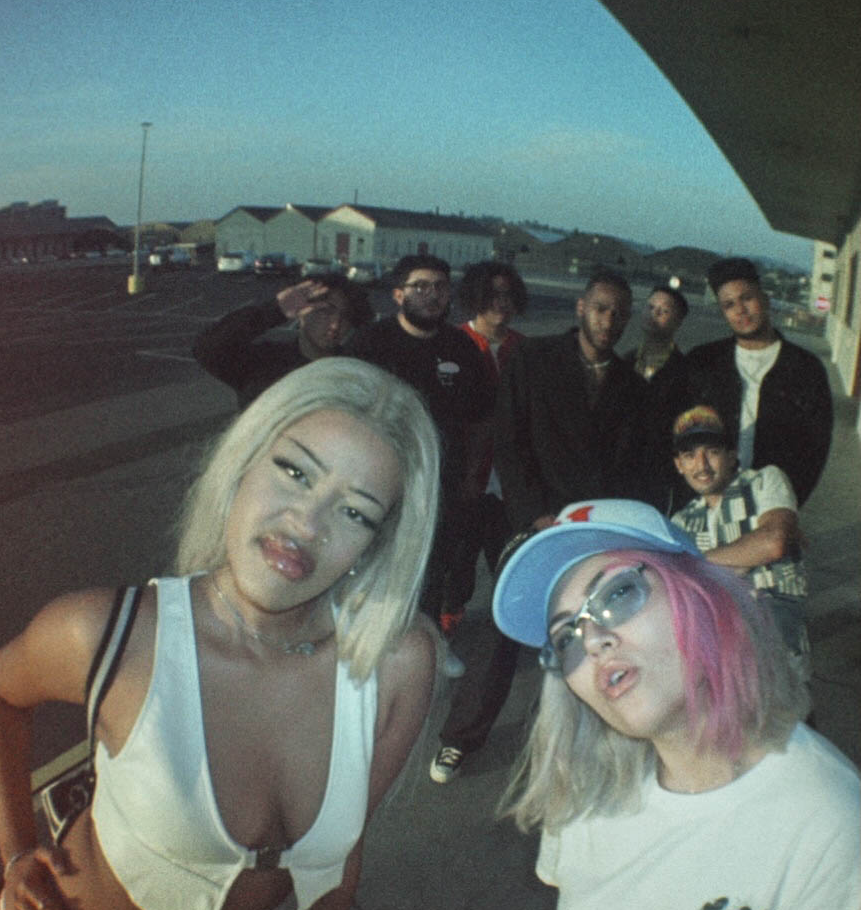 The Bay Area has long been on the map for its distinct music scene, one where a blend of historic sounds continue to reign and evolve. The scene’s frequent collaborators have birthed global movements – ever heard of hyphy? Now, one group is coming together to push the sound of bay area music to all corners of the world.

“DOOZY! is a collective of DJs, producers, and more from Vallejo trying to share this pocket of music that we have,” says member Marcel Angelo. The crew’s just made their debut and they’re coming to you live this month with the first installment of their virtual festival series. Every Friday this month, tune into ADP.FM for virtual sets from each of the crew’s members.

The friends have been collaborating for years, but they’re joining forces with their newly founded collective, DOOZY! to showcase their work on a bigger scale. “Not tryna be braggadocious but I feel like this group is a breath of fresh air,” says Prodijay. DOOZYFEST is sending us off with their finale today, 11/27, with virtual sets from the collective’s members Jammy, Thomas Jordan and Juicy Black. Tune in at 7 pm for the live stream.

Jammy is a multi-talented artist and producer, with musical roots that trace back to his childhood. “Music is something that I’ve been around my life,” the singer proclaims, recalling having his mom be a choir/musical director and being a part of a musical when he was just 4 years old. Jammy spent his high school years quietly perfecting his craft.

While the Bay Area is predominantly known for Hyphy music, recent years have found that the new generation of artists is redefining the local music scene. His track “American Canyon” embodies this, paying homage to the city by the bay of the same name. Jammy combines alternative R&B and rap over relaxed, dreamy hip-hop beats. While ramping up for his own release, you can listen to his new music via the newly-formed band Juicy Black, in other words, you should keep your eye on Jammy.

Thomas Jordan was young when he took his first steps into music, learning how to play songs by long time influences—Nujabes and Kanye West on the piano—via Youtube. Jordan’s early start lead to him to create original music and produce for acts like Jammy and other Doozy mates.

2020 has brought the release of his EP “My Ex Stacy”, diving deep into Jordan’s audio world. Tracks like “nervous” highlight his smooth R&B talents—the collabs don’t quit. Currently, Jordan is working on bringing his creative partners’ sounds to life, including work on Kezia and BxRod’s respective EPs. This year also brought about the inception of Juicy Black, a new band featuring Jammy, Rittybo, Lindsey Shrederly, and Coldwater Chris. The band is set to a new track during today’s DOOZYFEST performance, so tune in for that new-new.

Since Kezia started working on her music in high school, Kezia’s been studying the greats of every genre – blues, jazz, Bossanova, R&B, and pop. “I grew up listening to a ton of alternative music – Hayley Williams was the first person I wanted to be.” Another source of inspiration – the Bay Area and its underground party scene, “It’s so diverse here, it really inspired me musically to pull from different places. We don’t talk about how many music scenes there are in the Bay.” Kezia plays around in different sonic spaces to tell her stories, so we can’t wait to hear more from her, including some unreleased tracks in her Doozy set tonight.

Her latest track, “Megan Fox” – produced by Doozy groupmates Hokage Simon, Thomas Jordan, and Kezia herself – just dropped a few weeks ago and has already gained nearly 15,000 YouTube views and counting. “Megan Fox,” was also featured on Spotify’s infamous Fresh Finds playlist and highlighted on Lyrical Lemonade. The music video takes you to the dreamy vibes of the last day of summer. Shots of skate parks and cake fights, “‘Megan Fox’ is a suburban fantasy, hanging out with your friends and getting into trouble. Check out the video for “Megan Fox” here.

Vallejo producer and songwriter Hokage Simon is flipping the script on what you expect from a Bay Area producer. In a city known for rambunctious sounds and hip-hop acts like SOB X RBE, Nef The Pharaoh, and more, Simon is ushering in a new wave of jazz fusion replete with his signature synth solos. A master on the keys, he’s made a name for himself as a touring musician with acts like CRSB and Elujay.

He’s been working at it since high school, collaborating with friends in the process and leading to his work with Doozy and carving out his lane. His full-length debut “Integra” came this year, bringing us into his dreamy world. Tracks like ‘COLORFUL’ and ‘Aura Bright’ ft. Kezia let you know exactly his vibe. “There’s more to Bay music than Bay-type rap,” and his futuristic funk shows that. Stay tuned for more coming from him soon.

Meet BxRod, a singer and songwriter born and raised in Vallejo, CA, like the rest of the DOOZY collective. Her solo debut project ¨Angels¨ dropped in 2017, consisting of 6 R&B six tracks. Influenced by the Bay Area sound she grew up with, BxRod graces each record with a touch of suburban soul with a slow tempo beat, highlighted by her powerful vocals. Some of BX’s influences include The Weeknd, Björk, and Mos Def.

This Richmond-based producer grew up around music, singing, and playing in a band for over a decade. In 2018, he began working with some of the crew, leading to his joining the group. He just dropped his latest project, “These Are The Edits Vol. II,” remixing songs by some of our favorite artists.

This multi-instrumentalist is pumping out fire tracks marked by the R&B, hip-hop, and funk elements that inspire his world. A scroll through his Instagram will show you exactly how he crafts his production – this revamp of a retro Filipino deep cut goes crazy. Check him out on Soundcloud and Bandcamp.

Making rap music since he was 14, Prodijay switched lanes last year and has been working on music that’s more him. From the sound of his track, “If Only You Knew,” that’s smooth. He’s got more music on the way, so check him out on Spotify in the meantime. 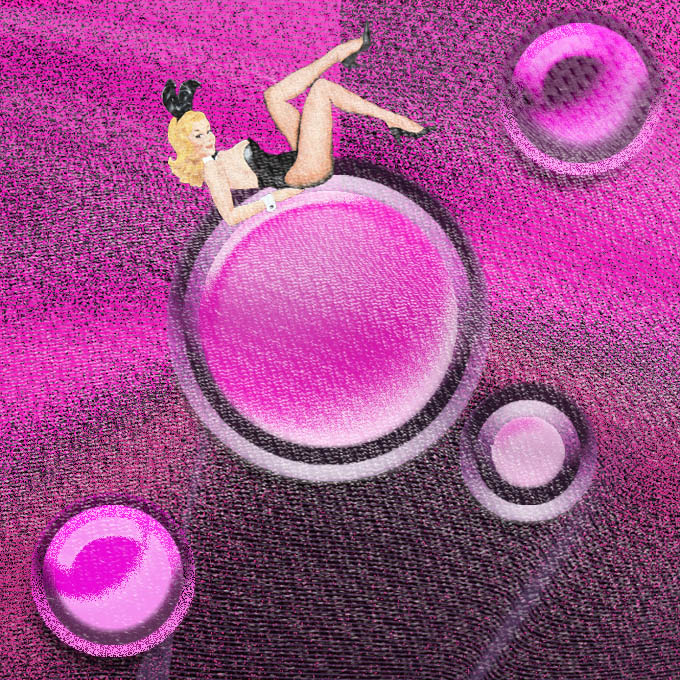 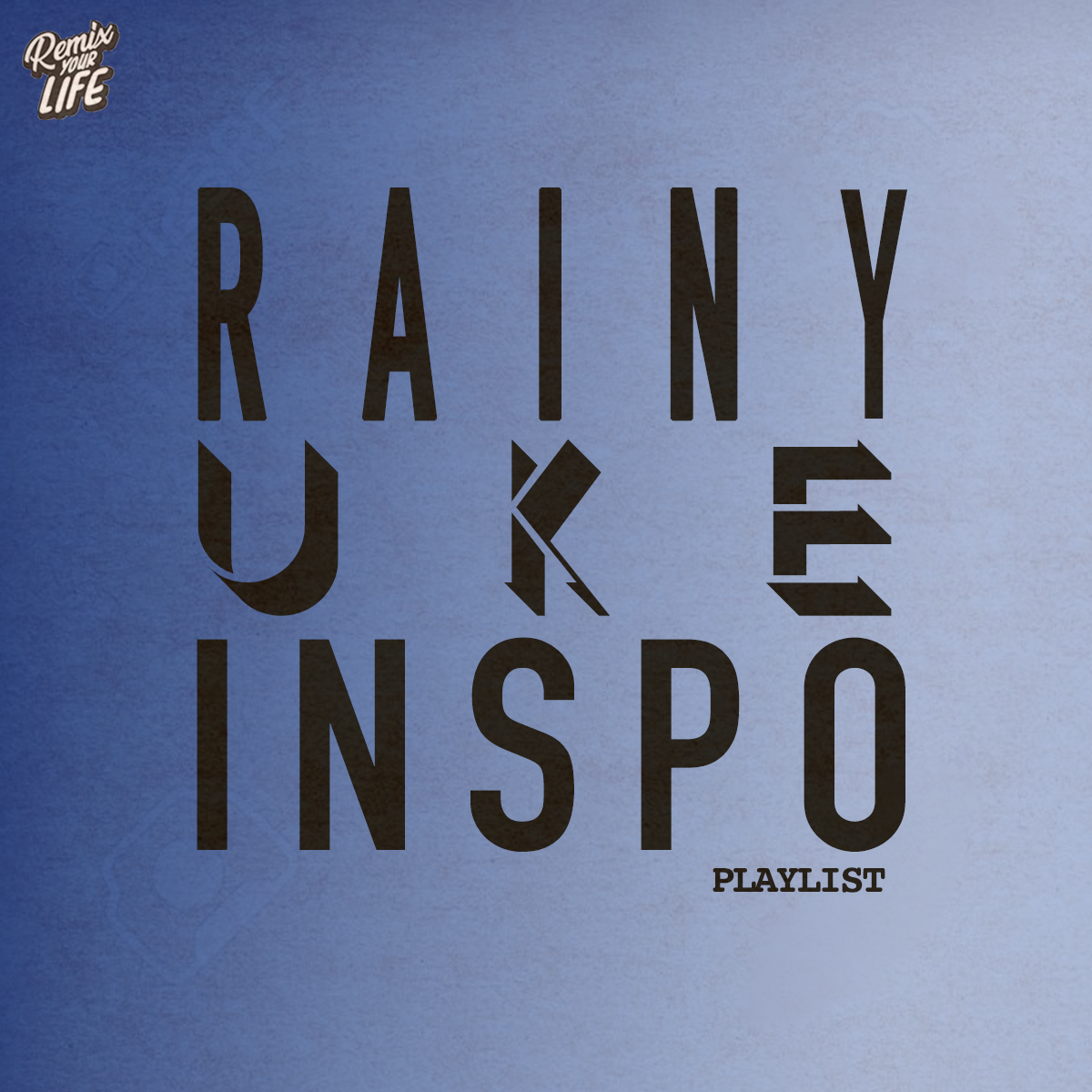