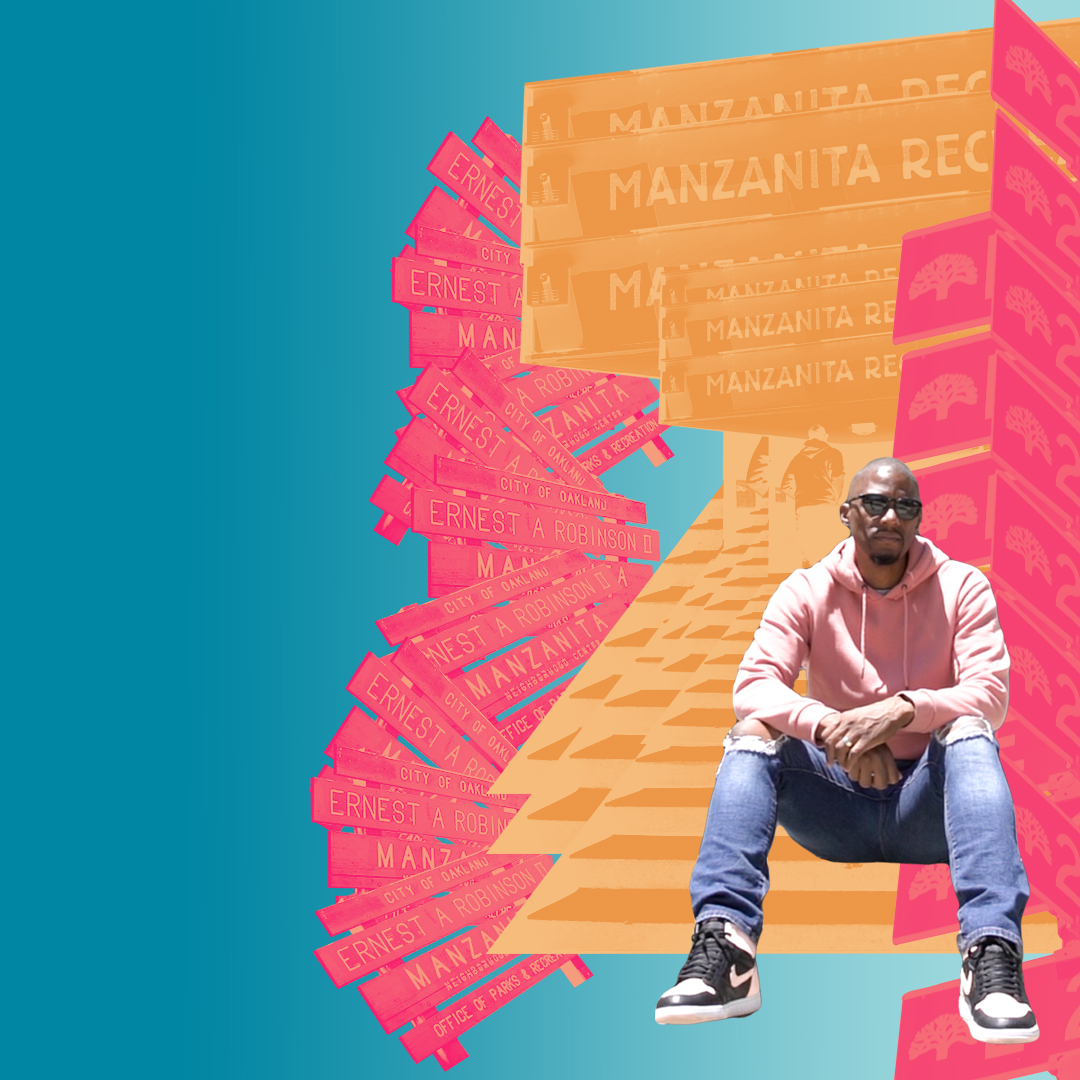 The Surround Sound series features DJs telling the story of a specific neighborhood in Oakland through an interview and a DJ set with an immersive visual component created by the YR Media participants.

Episode 1 features DJ D Sharp discussing his first gigs as a professional DJ (as a teenager 🙂 at the Mezzanine Rec Center in The Twomps (The Dubs) , East Oakland, CA.

DJ D Sharp : Wassup the name’s DJ D Sharp. Representin’… coming out of East Oakland, California. The neighborhood that I’m doing my mix on, it’s a combination of two, but like mainly the Twomps because that was the first place that I had my first deejay gig and it was at the Mezzanine Center (Manzanita Center). But I used to walk from my neighborhood, School Street and 35th [ave] , to the Twomps like damn near every day because my cousin or my best friend, we call each other cousins, but my best friend Kamani, his family was there, so and they had a set of turntables, so I used to go over there and practice all the time and me and him used to do routines and stuff like that. And that’s was like me getting better. So that’s why I wanted to do this set.

DJ D Sharp: I chose this neighborhood because I look at it as the first time DJ D Sharp was a professional, like it was my first professional gig. The way I look at it, even though it was a birthday party at the Mezzanine Rec Center, it was special to me because God bless the dead, one of my best friends Dame, he goes by Niamke now, his dad, Harry Smith, he drove us.. he put all the equipment in his big blue truck and he drove us to the Twomps. And we did this gig and I want to say it might have been Kamani. It had to be for Kamani or maybe Kamani had somebody in the neighborhood who he reached out to me to do the gig because we was all a DJ crew sort of, but not really, you know what I mean. We didn’t have a name. We just came together and we were just like between Niamke, Kamani, my boy Jay, who lived down the street from Niamke. We would just always get together and have gigs like we would do, like the Proms for Oakland High, proms for Oakland Tech. We did one for Berkeley High, like we were just getting together and just doing gigs. But before we were doing all the high schools, the mezzanine was the first time like I got in front of a crowd DJin.

And it was lit!

So this time period I was 14, 15 years old, and we’re talking I want to say, like ’89, ’90, ’91, this was like when the crack era was like at its height, you know what I mean? Everybody in Oakland had, like, cars with booming systems. You either had a Granada or you had a Seville or you had a box Chev, you 4, 5, 6 fifteens in that thing. And, the main thing was always riding up the block, slapping super hard. So this is that era. So a lot of this music reflects that era. And we’re talking about, you know, Marley Marl, like the 808 influence, the resurgence of samples and stuff like that, the birth of like NWA. Too short, of course, because he’s just the Oakland pioneer. And a lot of his music, you know, was what a lot of d-boys was playing in their cars, you know what I mean, so that’s really where this era’s from.

DJ D Sharp: So specifically about the Twomps, we are talking about upper Twomps. So like I said before, like I used to walk to this neighborhood every single day, this is where kind of like I got my deejay chops, rest in peace Uncle charles rest in peace Uncle Dave, they had the equipment with me and Kamani would always practice and do our thing. And it was just like I used to like love going to this neighborhood because it was just it was real family oriented and it was just like it was always love when I came through, like even though there was extracurricular activities going on, people always looked out for me. They knew I wasn’t from there per say. But, you know, I was coming to kick it with Kamani, so I was cool, you know what I mean? So but me, and Kamani like we go straight to the room and just started deejaying, like I would have my backpack of records, he’d have crates laid out and we just get busy, like, you know what I mean, scratching and like, you know what I mean. And it’s funny because I always tell Kamani to this day, like, he was a better deejay than me, you know what I mean? And he just he stopped for whatever reason. But I like to say, like, I kept a spear going for us, you know what I mean? So.

The neighborhood to me has not really changed, it’s changed as to the point where it’s like when you ride through, you don’t see as many kids, I would say. Right. Like, it’s more so just kind of like what’s going on here. And there’s really nothing going on. Like back in the day, it used to be lit you pull up on that block, everybody was out playing football, basketball, whatever. It was always lit. It’s not like that anymore.

And as a deejay, you know, you can’t go in a club. You can’t, you know what I mean? Like, it was that moment where last year Juneteenth where like that was like dope for the town because, you know, we kind of had, you know, they lean back a little bit on you still have to have your mask. And covid was still running rampant. But that was a touch of, you know, like you look at the pictures from that day, it’s amazing. Like it was like Festival at the Lake times ten.

So shout out School St. and 35th too but like I said, I touched on the Twomps because of Mezzanine Center and that was like really the first time I feel like it was my first gig as DJ D-Sharp so I don’t even know if I was DJ D-Sharp then. Actually I wasn’t. I went by a bunch of names, mainly if it was just Derrick D [laughs] that’s wack. Derrick D. That’s hella wack. So I’m glad I became D-Sharp.

So, yeah, man, once again, shout out to the Twomps, beautiful neighborhood in East Oakland, California, about to get into this mix, really kind of, you know, going through the crack era, basically, you know what I mean? What it was like coming up in that time. A lot of heavy beats, a lot of of 808s. So tune in for that

#DJ D Sharp #oakland #The Dubs #The Town #The Twomps 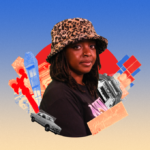 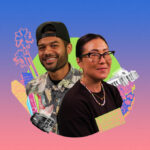 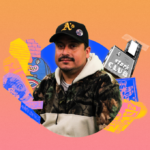