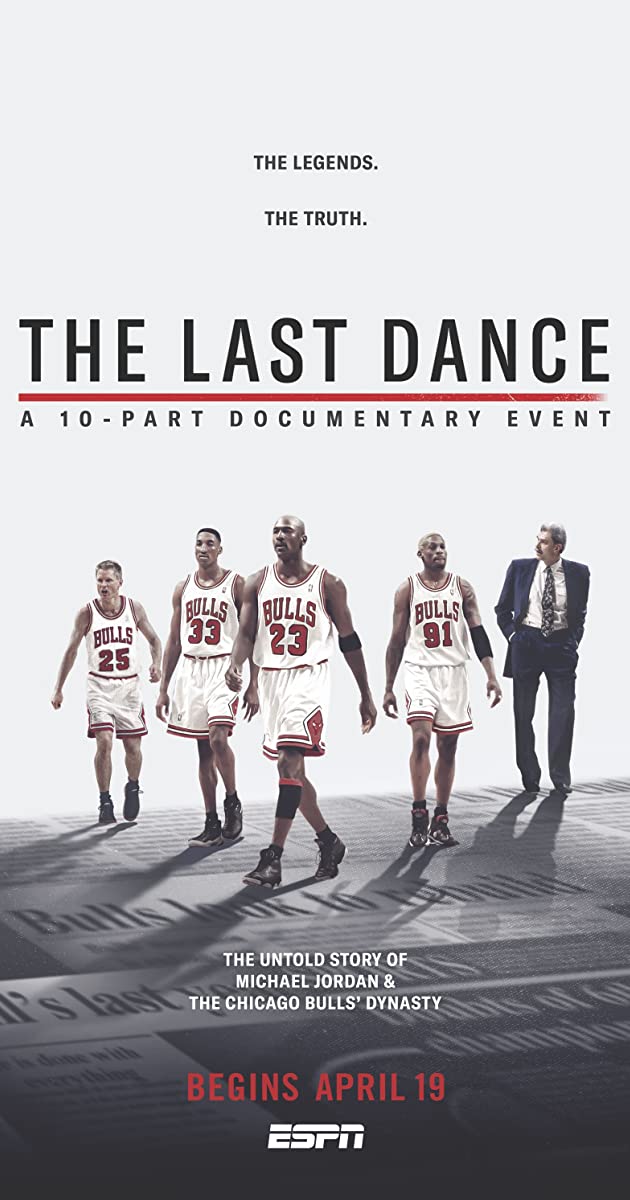 What got you through the year? For many of us, getting through the year looked like gluing our eyes to a screen to distract us from the terrifying state of the world. Luckily, we can turn to more streaming services than I can count for some upper-echelon TV to keep our nightly binge sessions interesting. As we wrap up this historic year, we look back at the series that topped our lists.

The Last Dance chronicles one of professional sports’ greatest dynasties, the Chicago Bulls. With arguably the greatest basketball player at the helm, Michael Jordan. The Last Dance is my favorite series of 2020 because of its never-before-seen archival footage of the team’s last championship season together. The series unearthed complex stories of the team’s untold turmoil with its ownership. Glorious excellence is the backdrop of this elite 90’s basketball team, making The Last Dance a must-watch for any person wanting to understand the greatness of the “Jumpman.” – Oliver Rodriguez

Released this past May, Blood & Water is a mystery/drama series set in Capetown, South Africa. It revolves around 16-year-old Puleng, who is looking for her 17-year-old sister that was abducted at birth. Throughout the show, she tries to determine if a classmate could be her long-lost sister. Blood & Water is written and directed by award-winning South African filmmaker Nosipho Dumisa. Netflix confirmed that they’re full steam ahead for the second season of their drama, Blood & Water. Get in early and stream the first season before you miss out on all the excitement. – Faith Collins

A somewhat obscure show that initially aired on Candian TV since US networks passed on it, Schitt’s Creek wrapped its final season in early 2020. The series steadily aggregated a passionate cult-following and was nominated for 4 Emmys in 2019. Schitt’s Creek is a story about a wealthy family landing in a small town in the boonies due to financial misfortune. The show was inspired by Kim Basinger’s late-80s purchase of a small town in Georgia and made a brilliant backdrop for the nuanced and familiar family dynamics played out through the silly, absurd scenarios that make up the storyline. Many of the characters are family off-screen, further blurring the line between TV and reality. If you’re looking for something heartwarming, engaging, funny, and real to binge over these next few weeks, I highly recommend Schitt’s Creek. – Maeven McGovern

I discovered the best show of 2020 in HBO Max’s latest acquisition, Veneno. The series tells the tragic life story of Cristina Ortiz, better known as La Veneno, Spain’s first transgender icon who rose to national fame after being showcased on Spanish primetime TV for being drop-dead gorgeous. Just as easily as she was discovered, she was chewed up and spit out by the press. The show beautifully weaves between 1996 when La Veneno was discovered and 2006 when Valeria Vegas – the stan journalist who went on to write La Veneno’s biography – discovers Veneno in her town after she was released from prison. The friendship blossoms as we learn of Cristina’s whirlwind of a life story, from her abusive conservative childhood to her sordid stardom, all while nurturing Valeria in her transition. Veneno is a story rarely seen on television that humanizes transwomen and sex workers by exposing viewers to the drastic inequalities these communities face. With a fully-inclusive cast of trans women, Veneno has to be one of the most powerful portrayals of the beauty of a chosen family I’ve ever seen. If you need a sincere eye-opener that’s trying to undo centuries of marginalization, look no further than Veneno. -Emiliano Villa

Star Trek: Discovery – and every Star Trek show on the platform (CBS All Access)

Yup. All Star Trek Everything. I signed up for a 1-month-free-trial of CBS all access just to fulfill my Trekky obligations – turns out it was a great idea. There are 3 shows to dig into – Discovery, Picard, and Lower Decks, and some shorts. If you aren’t a Trekky, come for the aliens, lasers, spaceships, action sequences on par with any sci-fi blockbuster – and dilemmas around genocide and cultural relativism being regularly debated in a weird space context. The climax of Discovery season two is nuts. Season 1 is kind of terrible, but still watchable.  Picard is probably the best of the 3 shows.  If you are a Trekky, like me, you are gonna watch all the shows, but you will definitely enjoy Lower Decks. Instead of boringly following an important Federation ship and its captain and officers, we follow the people that clean the conference room and plasma relays. It’s just trekky-inside-joke-after-inside-joke with a bunch of scrubs. I am pre-mad that I’m about to run out of episodes. Live long and prosper! – Ben Frost

It goes without saying that 2020 was a doozy. So I’m absolutely grateful to the great TV shows that kept me semi-distracted or at least thoroughly entertained amidst the chaos. Hands down my favorite TV show of the year was HBO’s murder-mystery, The Undoing. This 6-part mini-series starring Nicole Kidman and Hugh Grant, takes viewers on an emotional rollercoaster that has you at the edge of your seat all the way to the finale’s last seconds. The plot focuses on the brutal murder of a young woman and the search for her killer. However, what makes the show so good is that every episode keeps you guessing and questioning your judgment about who did it – thus, you truly connect with the characters and become completely immersed in the story. The build-up and suspense were so impactful to audiences that the finale drew tons of celebrity commentary. From Travis Scott to Issa Rae, it seems the whole world was anxiously anticipating who would be revealed as the killer. But I can’t give away anymore – you just have to watch and see for yourself! – Maya Drexler

BInGeWaTCHing a SErieS aBouT cHeSs? It doesn’t sound captivating, but The Queen’s Gambit on Netflix deserves to be in your queue for its nuanced acting and layered storytelling. Anya Taylor-Joy stars as Beth Harmon, a young girl who cultivates a natural genius for chess while growing up in an orphanage. As she pursues her tournament dreams, she battles sexism, her drive for perfection, and alcoholism. There are few flaws in The Queen’s Gambit, but it is disappointing to see the “Black best friend” trope in the form of Jolene, played by Moses Ingram, who lives in the orphanage with Beth before the latter is adopted. The failing is not in Ingram’s scene-snatching portrayal but her character arc. It’s a noticeable off-note in an otherwise enthralling plot. Even so, this seven-part series will make you its pawn. – Kyra Kyles

The best show I have seen this year is P-Valley. What makes the show so appealing to me is that it is very realistic. The show follows strip club dancers at The Pynk, a club in the Mississippi Delta. P-Valley focuses on the nuances of strip club culture. I think other people should watch so they can see a different way of life. I highly recommend the latest talked-about STARZ show. – Xion Abiodun

HBO’s Lovecraft Country is a unique series that initially disguises itself as a typical 1950s period piece, only to develop into a gruesome science-fiction/horror drama. The hit show stars Jonathan Majors, Jurnee Smollett, and Courtney B. Vance; the show revolves around ex-veteran Atticus Freeman returning to his hometown— a roaring 1950s Chicago after receiving a letter from his missing father. Atticus (played by Jonathan Majors) recruits his Uncle George and friend Leticia to find his father. The trio embarks on a road trip across Jim Crow America and finds themselves simultaneously juggling racial and supernatural horrors. The series was developed by Misha Green, co-creator of historical drama Underground, and executive produced by renowned science fiction & horror creators Jordan Peele and J.J. Abrams. Lovecraft Country stood out to me the most this year because of the way it combines historical racial drama with gripping tales of monsters, ghosts, and ancient magic & religion. If you’re looking for a show that’s captivating and leaves you at the end of each episode needing to see what happens next, definitely check out Lovecraft Country, available to stream on HBO Max. -Symphreona Clark

I May Destroy You (HBO)

One of the shows that got me through the year was How May I Destroy You,  a drama that dominated the summer. Michaela Coel wrote 191 drafts of the hit show– if that’s not dedication, I don’t know what is. The show follows Arabella (played by Michaela Coel), a famous writer who is racing to finish a draft of her latest novel. While on deadline, Arabella decides to go out with friends and after a long night, Arabella ends up passing out and wakes up realizing she was a victim of sexual assault. The edge-of-your-seat drama is sure to keep you engaged. – Yared Gebru 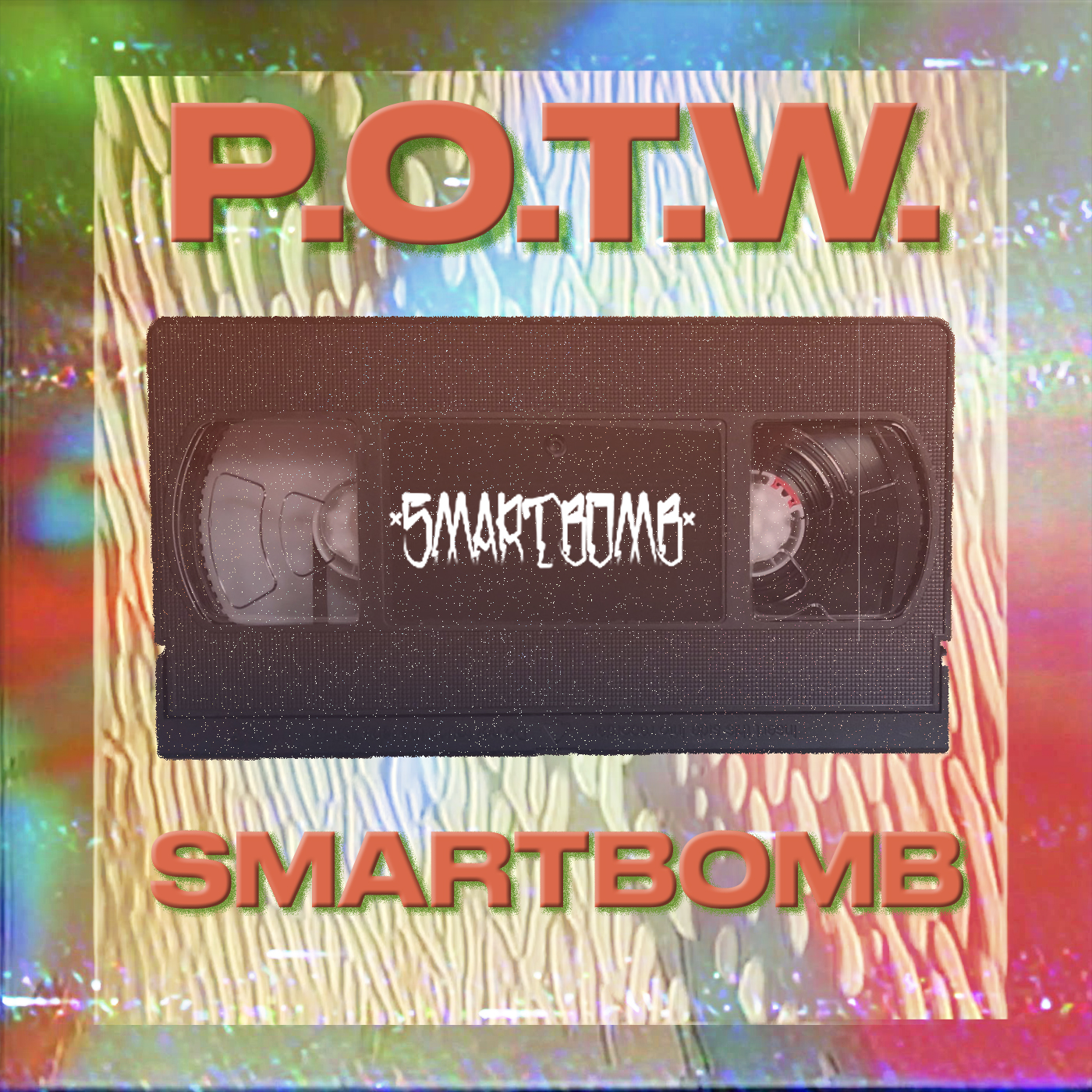